Turin is the fourth most populous Italian city and is one of the most important economic, university, artistic, cultural and tourist centers in Italy.
Since 1997 some areas of the historic city center, the Valentine’s Castle, the Villa della Regina and some Savoy residences have been recognized from UNESCO the World Heritage Sites and are called “Residences of the Royal House of Savoy“.

Museums in Turin: Residence Sacchi is in a strategic position!

If you are looking for museums in Turin, you just have to choose: the Royal Armory, the Egyptian Museum, the Civic Gallery of Modern and Contemporary Art (GAM), the Planetarium of the hill in Pino Torinese, the Museum of Oriental Art (MAO), the Mole Antonelliana and the Cinema Museum, the Automobile Museum, the Pietro Micca Civic Museum, the Museum of the Risorgimento, the Reggia di Venaria… These are just some of the many museums in the area!

Turin and its enogastronomic heritage: all the premises of the city center a few steps from Residence Sacchi

The capital of Savoy for years has been able to reinvent its industrial traditions becoming a tourist destination full of attractions and events, enhancing its excellent food and wine heritage.

If you are in Turin for work or tourism, take advantage of the shopping streets of the city, its clubs and its products known all over the world: Martini, coffee, chocolate, Amaro San Simone, the famous Bicerin… served in historic bars they will conquer you.

Turin and the mountain

At the foot of the mountains, Turin was home to the XX Olympic Winter Games in 2006: its valleys have always been a destination for the winter sports.

Further ideas for visiting the city of Turin and its surroundings can be found here:

How to get around in Turin

If you have to move to the city and the metropolitan area of ​​Turin, visit the GTT website: http://www.gtt.to.it/cms/en/

Remember also that in the historic center of Turin the ZTL zone is active, where the traffic of private vehicles is prohibited or limited during the day.  All the entrance of the Central ZTL Zone are controlled by fixed cameras. In addition, in most of the city center parking is subject to charges.

Turin… not just trams and buses… 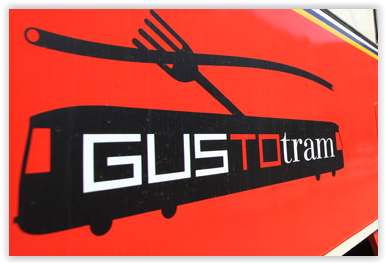 Turin also has special type of transport: the Turin tram restaurant, the Turin City Sightseeing bus and the famous Dentiera of Superga.

Ristocolor and Gustotram, the trams restaurant in Turin
Ristocolor and Gustotram are an original initiative organized by GTT that offers unforgettable evenings on a restaurant tram, where is possible to taste typical products and Piedmontese wines, even with live musical entertainment. The Ristocolor is ideal for groups of tourists or for special initiatives such as birthdays, anniversaries, graduations or more. 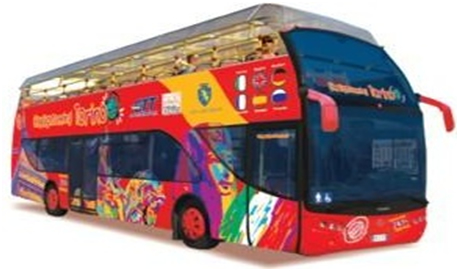 The City Sightseeing Turin is a “panoramic” touristic bus, red colored and very comfortable, which carries out the complete tour of the center of Turin in about 1 hour, making 9 intermediate stops.  On board, a digital audio system programmed in six languages ​​(Italian, English, French, German, Spanish and Russian) will illustrate the history and beauties of the city. The service is active every day.

The Sassi – Superga tramway (also known as the Dentiera) is a rack railway tramway, unique in Italy of its kind, which connects the city of Turin with the Basilica of Superga, which is located at the top of the Turin hill, 650 meters above sea level. The Turin “Dentiera” offers visitors a journey of the past on original carriages; the route develops for 3,100 meters and the total difference in height is 425 meters, exceeded with an average gradient of 13.5%, with peaks of up to 21% in the final stretch. Once in Superga you can visit the Basilica of Superga (built by Juvarra), the royal tombs of Savoy and, on clear days, admire a splendid view of the city and the Alps, walking through the woods of the hills of Superga Natural Park (The Park Visitor Center is located inside the tramway station).

The Sassi – Superga tramway operates generally from 9.00 to 20.00 (the timetable varies according to the season), every day except Wednesday. The ticket office is located inside the Sassi station, where you can also visit the historical museum dedicated to Turin’s “Dentiera”.